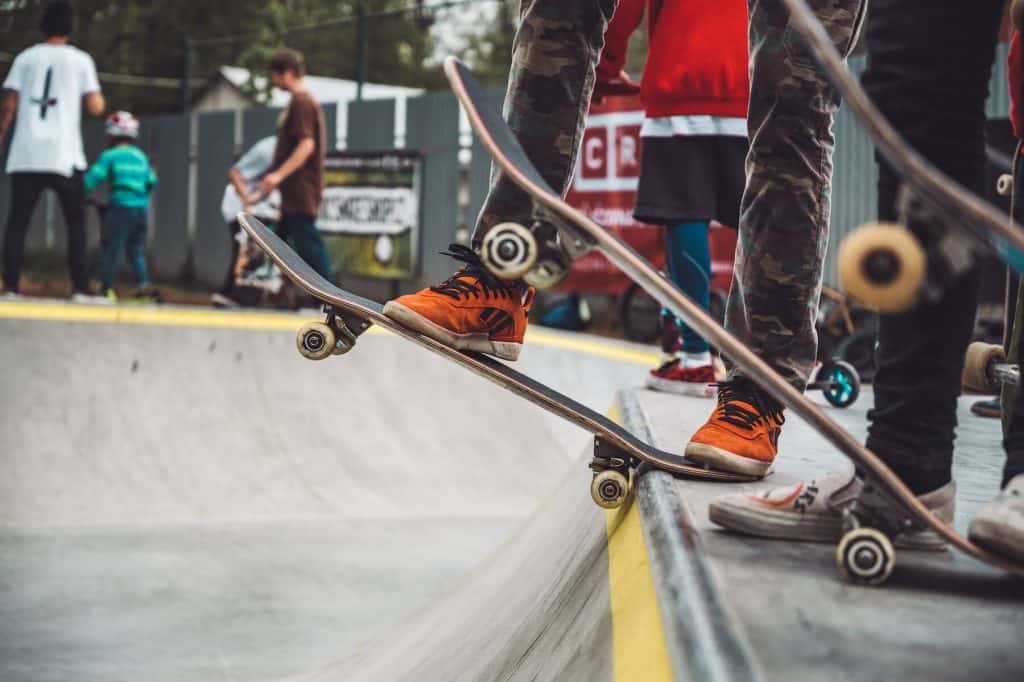 Learn About the History of Skateboards

Skateboarding is viewed differently by different people. While some view it as a sport, others consider it as an art. Still, there and many more who think of it as a recreational activity, a job in the entertainment industry, or a means of transportation.

Over the years, the sport has grown in tremendous proportions and is thought to be practiced by millions of people across the world. Skateboarding was supposed to be practiced in the Olympics for the first time in 2021. The tremendous growth in skateboarding wouldn’t have been possible without the humble skateboard. In this write-up, we want to learn about the history of skateboards and how they have evolved over the years.

In the early 1950s, surfers were itching to replicate the feeling of riding large waves onto dry land. So, some of them took smaller surfboards and attached metallic wheels on the underside. Initially, the wheels didn’t have any ball bearings. As skateboarding grew in popularity, the US toy industry took notice. The first skateboard released by Roller Derby in 1959 had significant improvements in the technical specifications. It was easier to handle, enabling the development of new skateboarding maneuvers and tricks.

Notable skateboard manufacturers of the 1960s include Hobie and Makaha. After seeing initial success in sales, Makaha established the first professional skateboarding team in 1963. That year, Hermosa, California hosted the first competition in the sport. Early skateboards were less maneuverable, owing to the material used to make the wheels. The authorities were also cautious about sanctioning the sport since they considered it dangerous. As a result, skateboarding became less popular in the late 1960s.

Skateboards made a comeback in the mid-1970s in the advent of the polyurethane wheel, which was faster and easier to maneuver. For the first time, the skateboard featured the kicktail, the raised end at the bank of the board that enables turning. Within no time, the rest of the world had caught the skateboarding fever. In 1976, Florida became home to the first skate park. Shortly afterward, skate parks were built in Asia, Europe, and South America.

All kinds of skateboarding junkies would go to the skate parks to showcase stunts, tricks, and turns. Soon, people were skateboarding in empty pools, half-pipes, and u-shaped surfaces. Despite using knee pads and helmets, many go involved in accidents, leading to an escalation of insurance premiums paid by skate parks.

It is no wonder the 1980s saw skateboarding withdraw to the underground. Instead of using skate parks, skateboarders constructed private half-pipes and ramps. They also began skateboarding along the streets of urban areas, creating the popular street style. The size of the board was increased significantly and the truck construction improved.

At this time, there emerged a standout youth sub-culture, characterized by baggy clothes and punk rock. Those who weren’t participating in the sport spent time watching documentary films of other youths cruising along the streets. Several vertical (vert) skaters like Steve Kaupus and Tony Hawk emerged as a result of featuring in these videos. Notable street skaters included Mark Gonzalez and Natas Kaupas.

In 1995, ESPN, an American television network sponsored the alternative sports festival, X Games. This exposed the sport to the mainstream while giving it commercial legitimacy. Since then, skateboarding and longboarding has become a professional sport independent of established old-fashioned team sports. Two popular offshoots of the sport include roller-skating and snowboarding, which borrow heavily in terms of culture and technique.

The standard skateboard measures 32 by 9 inches or 81 by 23 centimeters. The board is commonly referred to as the deck (the rider’s platform). The mechanisms connecting the board to the wheels are known as the trucks. Then we have the tough polyurethane wheels, which facilitate movement from one place to another.

The decks of the first skateboards were made from wood but that has since changed to plastic, fiberglass, and aluminum. At the back, the board is bent upwards forming the kicktail. Some modern designs even have bent fronts. To facilitate the movement the truck is composed of the axle, hangar, and cushion. The axle sits inside the hangar, making it possible for the wheels to move.

Why Should You Consider Skateboarding?

Do you want to know how to skateboard for beginners? You can start small and still become as good as the famous riders you know. It is possible to learn moves like the grind, the ollie, and the kick-turn if you remain dedicated. However, you don’t have to stick to the time-tested tricks. You are free to exercise creativity and invent your moves. It doesn’t matter if you want to pursue it as a pastime or a professional sport. There are many platforms, such as the World Cup Skateboarding, on which you can exercise your new skills. You can learn and enjoy skateboarding no matter your age.

As an Amazon Associate I earn from qualifying purchases.